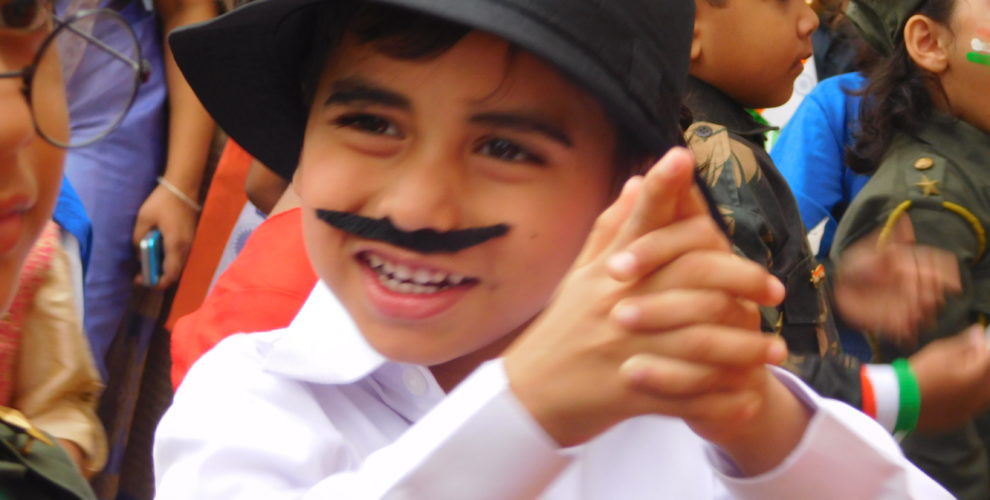 Independence Day was celebrated by the students of Vidyatree Modern World College to mark the 70th year of freedom from the British rule with great enthusiasm and respect.
To Commemorate the sovereignty of our nation, our honourable Principal Ms. Meena Kane unfurled the tricolor flag and all in unison sang the National Anthem and expressed the joy of our freedom  followed by a mesmerizing musical medley comprising of patriotic songs by the school choir that awakened everyone’s feelings towards our Mother Land.  On this occasion students showcased a colourful spectacle of India’s vision through their performances and also participated in various competitions like fancy dress, drawing, colouring and collage making.

Fancy Dress Competition organized for our Kindergartners was the most liked event of the day. Students of grade Nursery, KG and Prep dressed up as Indian Freedom Fighters tried their best to bring the characters alive by narrating their famous quotes or dialogues. While the students spoke about the freedom movement and the freedom fighters, the teachers threw light on the true meaning of the word ‘Independence’. The participants spell bound the audience with their performances and also energized them with patriotic fervor and filled the ambience with the aroma of patriotism.

Indeed, it was a day of joy, a day to love and a day of making a promise to respect our country and make it a better place for Indians to live and experience the freedom, peace and unity in diversity.