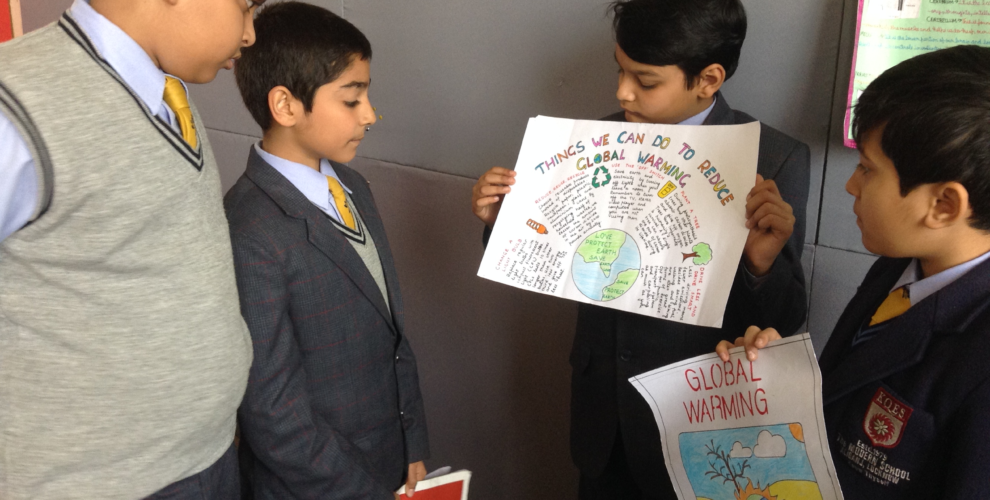 children in groups presenting their findings

PYP Exhibition is an important part of grade 5 curriculum .It involves deep inquiry by the students into their own chosen topics .Their  Research skills ,Thinking skills ,Communication skills , Social skills and Self-management skills  are improved and children relate their understanding in solving a real-life problem .This Monday was devoted to the research and presentation of their first Line of Inquiry .