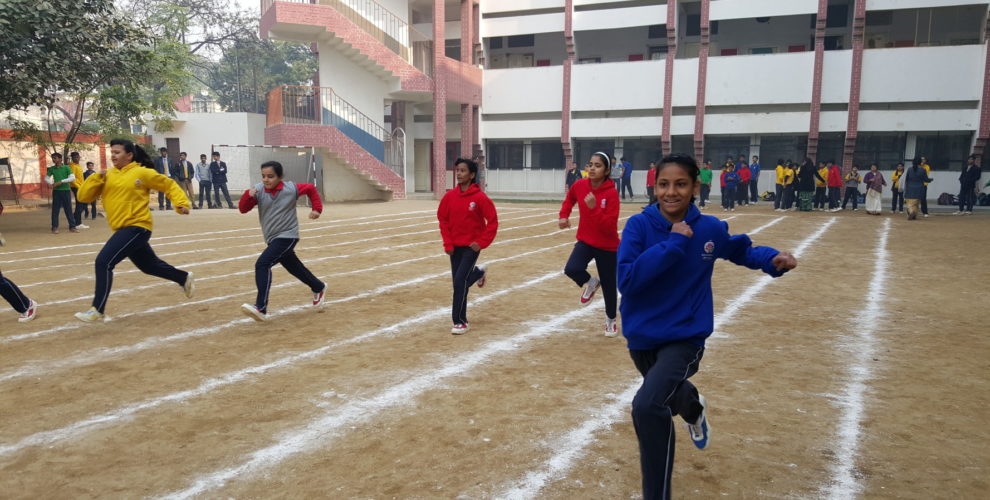 The day of 67th Republic Day was celebrated as the Sports Day of Middle School in VMWC. The excitement and zeal was clearly visible in the actions of the students. The event was hosted by the students of middle school-Anshika Jain (VIII RED) and Ansh Agarwal (VII RED). There were various races which had active participation of the students from all the four teams (Vivekananda, Krishnamurti, Socrates and Gita). The day started by the Flag Hoisting by Principal Ma’am followed by her speech. The sports teacher Mr. Rajneesh was the centre of attraction for everybody as according to his instructions everybody was performing with complete adherence to rules. There were many races both for boys and girls and boys and girls separately. Like there were 80m &100m sprint race, Relay Race for both boys and girls, Lemon and spoon race for girls, Sack race for Boys, Three Legged race for both boys and girls, last but not the least Slow Cycling Race. Everywhere in the environment there was excitement created by the cheer ups done by respective teams. There was lot in store for the students apart from races. The day saw students very enthusiastic for the win in the various rounds of Tug of War. There was a exciting Kabbadi match between both the sections of grade VIII. The day was full of learning for students and they displayed their Social Skills and Self Management Skills very aptly. The day ended with the Medal & Certificate distribution ceremony in which the winners of various races were awarded by Principal Ma’am.The day was full of happiness and ecstasy and had left students and teachers with innumerable cherished memories.