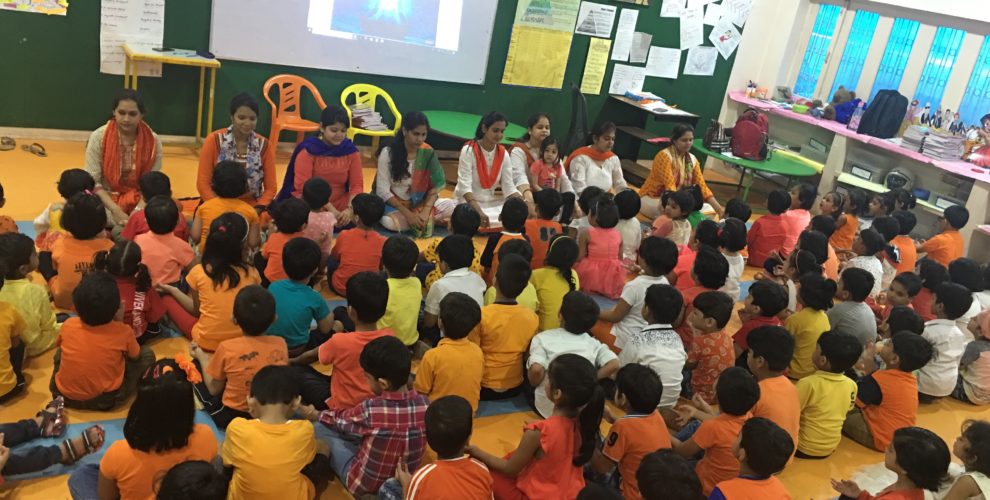 July 28, 2018School News & Eventsby admin242 Comments
Knowing your self is the beginning of all wisdom

Learners of pre primary celebrated ‘World Dhamma Day’ They were called in orange colour  attire and some were called in attire of ‘Lord Buddha’. Learners were curious to know about Dhamma Day as it was  inaugurated in Vidyatree modern world college. They meditated by closing their eyes and learnt breath watching. It was surprising that little toddlers were so much involved in meditation and expressed  their feeling by colouring the picture of Lord Buddha. Learners were shown a movie of Lord Buddha in which they saw the journey of prince Siddhartha as Gautam Buddha. Then take away were given to the students by tying a band on their wrist.

Fun to Learn about 2D and 3D shapes