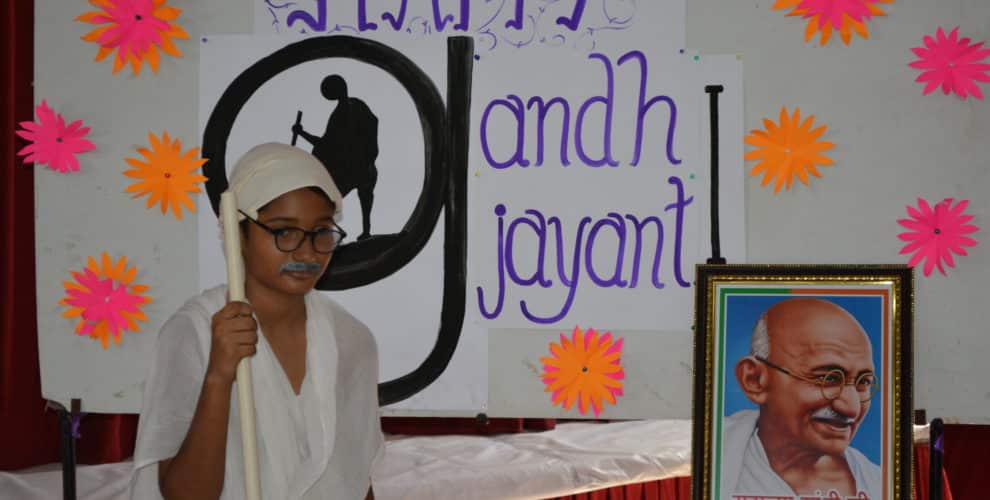 October 4, 2018School News & Eventsby admin208 Comments
” Be the change that you want to see in the world”
Vidyatree Modern World College celebrated Gandhi Jayanti on 2nd October in the school auditorium.
At 9.30am the auditorium enchanted with the song ‘ Vaishnav Jan’. Then a small student dressed as Gandhiji came with his three monkeys- See no evil, Hear no evil, Speak no evil.
The Head Boy Ajeet Verma invited Principal Sir to express his thoughts on Gandhiji. He enlightened the students with Gandhiji’s principles of non-violence. Later he also told the students to be always mindful.
Students of Grade 6 presented the bhajan ‘ Raghupati Raghav’ and highlighted some unknown facts about Mahatma Gandhi.
Senior students expressed their views about Gandhiji’s philosophy and had a debate among them.
Saroj Rai our senior coordinator concluded the program with her valuable words.

Role play by pre primary students to enhance their knowledge