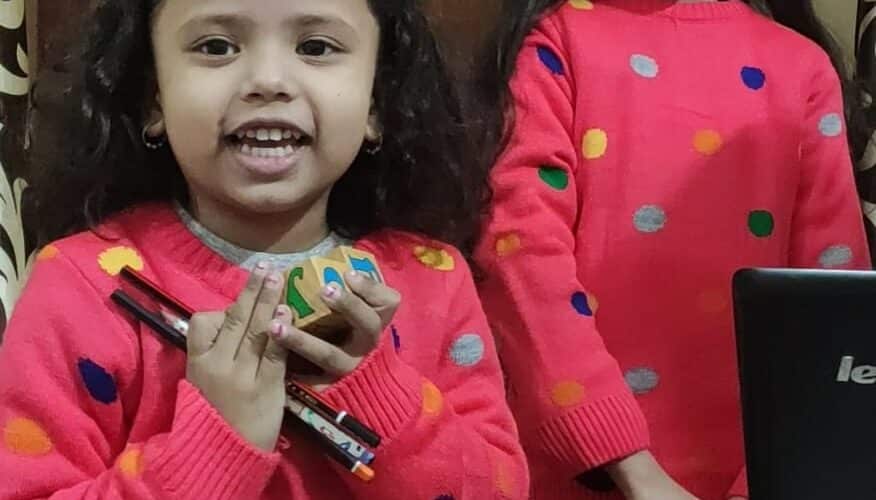 We are proud parent as our daughter is learning more and more everyday and activities are motivating her so much. She is taking so much interest in inquiry task and activities. She is more disciplined and active now.

Modern School gave us the opportunity to participate in the Literary Carnival with our child. We enacted a play on the theme Honesty and Greed, where my daughter played the role of a girl who found 3 pencils and erasers returned to her Principal as her mother taught her a lesson about honesty but her classmates thought how easily she will get it back. Finally she went to the Principal and became greedy and claimed for 5 pencils and erasers. Principal understood the thought and as a reward gave all 3 pencils and erasers to the girl who found all of that. The girl felt so delightful. Her classmate realized and understood that honestly is the best policy.

We extend our gratitude and thank to all the teachers and Modern School, that our daughter is improving gradually everyday.

Thank you so much!!

Benefits of Yoga during exams