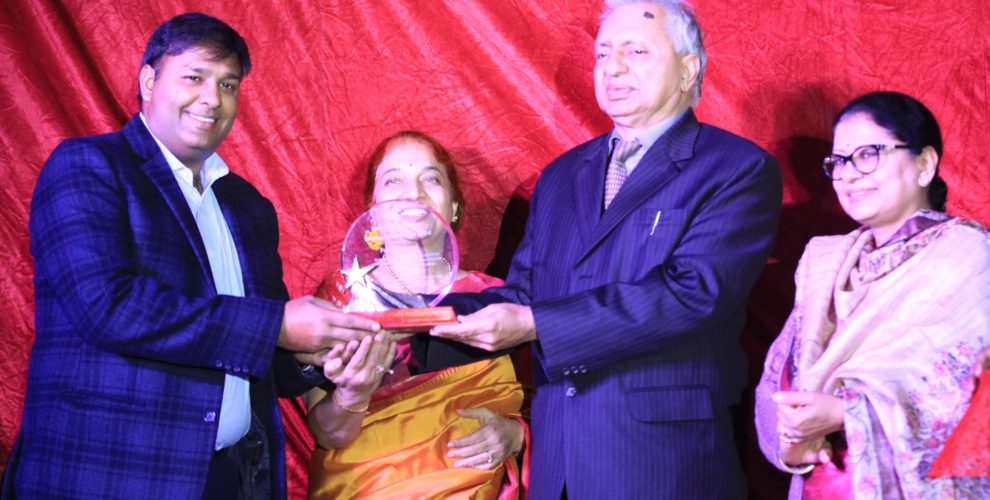 'The Distinguished Alumni Award 2016' has been conferred to Pankaj Agarwal, class of 1992, in honour and recognition of his significant contributions to society and accomplishments that have brought credit to the college.

The school was founded  in 1979 and the school’s first class XII graduated in 1992. It has been 24 years since then, and hundreds of students of the school have graduated and went on to succeed in life. These alumni are in leading positions at some of the best companies of the world or are entrepreneurs running their own successful enterprises.

This year the school has instituted the Distinguished Alumni Award to honour and recognize Vidyatree Modernites for their achievements in life. During the Annual Celebrations, on 18 December, 2016, VMWC proudly conferred the first ever Distinguished Alumni Award in the history of the school to Er. Pankaj Agarwal, in honour and recognition of his significant contributions to society and accomplishments that have brought credit to the college.

Pankaj Agarwal runs his own university and is the Chancellor of Shri Ram Swaroop Memorial University. Read below for a summary of his achivements.

Pankaj Agarwal was overwhelmed to receive the honour in the presence of his teachers. He was thrilled to share the wonders the school had done to his confidence and personality. He said, “I loved coming to school and always looked forward going to school and learning. It was indeed fun and the best part was teachers were equally or may be even more excited to share their knowledge with us.” He also added, “The real meaning of Know Thyself (the motto of the school), I learnt and understood here.” He thanked the school, the teachers for laying the foundation for whatever he has achieved in life.

"Every morning we used to love coming to school, which is very rare.We always looked forward to going to school & learning. It was fun." - Pankaj Agarwal, class of 1992, Recipient Distinguished Alumni Award 2016

Passing on the light

Pankaj Agarwal, was an all-rounder in school, avid cricketer and the school Head Boy.

He graduated from the school in 1992, and went on to graduate from the Indian Institute of Technology, Kanpur, as a Gold Medalist. With a vision of bringing world class engineering & management education to the youth of Uttar Pradesh he laid the foundation of Shri Ramswaroop Memorial Group of Professional Colleges (SRMGPC) in Lucknow in 1999.

Making inroads into the domain of software technology was the next landmark and led to the launch of software companies STPL (Shri Ramswaroop Technosol Private Limited) in 2004 and SRDT(Shri Ramswaroop Digital Technologies) in 2009, offering digital technology solutions in media, entertainment, education, enterprise content management and e-publishing.

He has been bestowed with numerous awards in the last 24 years, some of them are: