Similarities and Differences among People 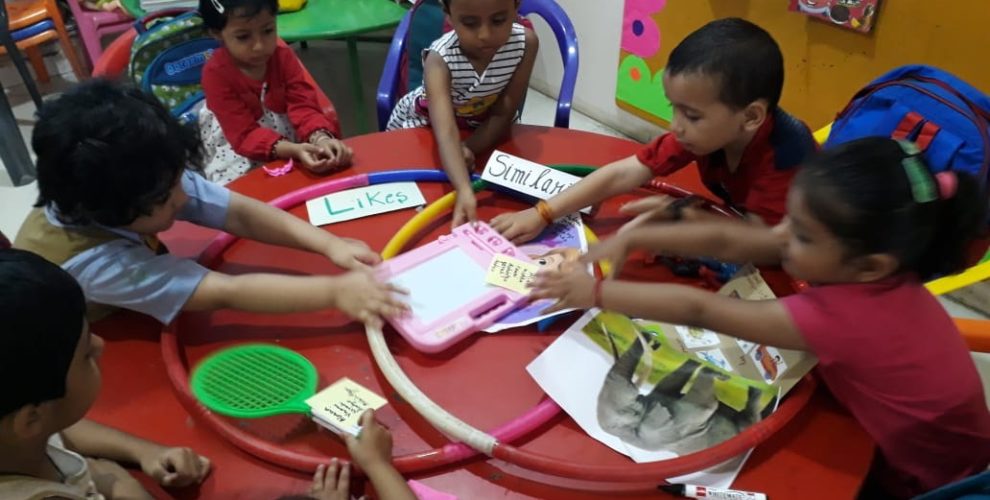 July 23, 2018School News & Eventsby admin186 Comments
Some are same, some are different
Let’s play the game and find out the difference.
Learners of Nursery were introduced to LOI – 2
Similarities and differences between ourselves and others.

Learners used a Venn diagram to perform this activtiy. They did this activity in a group. The learners were asked to put their favourite things in two different circles. Then we asked the learners if one object was liked by two or more learners. Such objects were put in the part where both the circles were overlapping.

Through out the inquiry learners observed how things are liked by others  and analysed how each person is different from others.