Learning a third language is important for brain development 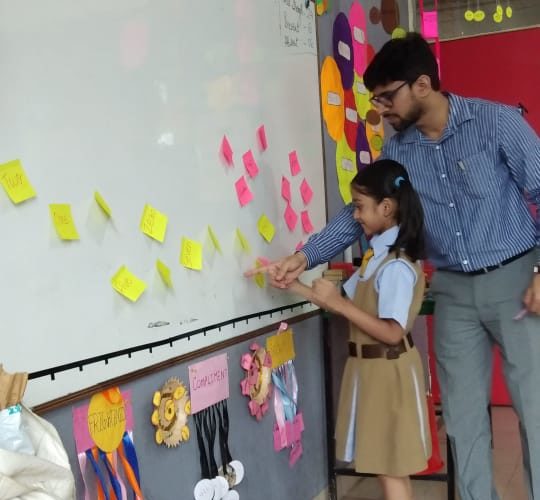 (Language to the mind is what exercise is to the body.)

More than 220 million people speak French on all the five continents. French is a major language of international communication, and  also one of  the official languages of  the United Nations Organisation(UNO).

As per the lead researcher, Dr Viorica Marian “Using another language provides the brain built-in exercise.”

Now, when we bring into the perspective, the pedagogy of teaching French in our school, Vidyatree Modern World College(VMWC), we are here to make a difference. While in other  leading schools, the methodology of teaching French is limited only to the reading and writing. However, the fundamental element of any language is the ability to be able to speak and communicate. Therefore, in VMWC, we aim to develop the diction and communication on priority basis.

Its our endeavour to provide the learners the right atmosphere where they could speak French. For instance, the student are tuned-in initially with some common French words and phrases which they speak during the French classes. They are using some of them frequently, such as Sir, Madam, thanks, excuse me, sorry etc., all in French. This not just helps them learn French, but also boosts their confidence levels.

Now, that we know that understanding language is one of the hardest things your brain does, making it an ultimate brain exercise.

So, keep up those efforts of learning and becoming fluent in French. Voilà !

Musical Chair in the classroom

Experience and Inquiry Based Quality Education