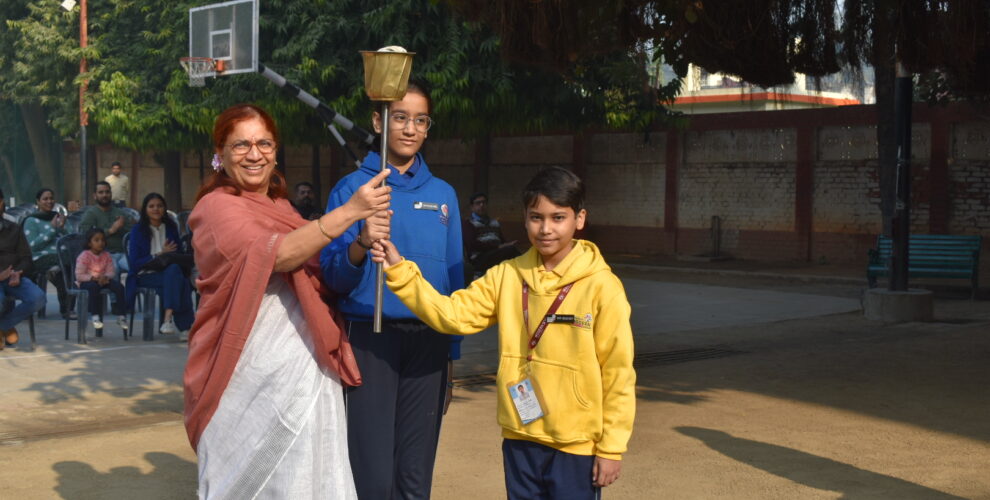 The event observed competition of different races among the students of four houses. The races for PYP 2 to 5 were, 50 metres race, 100 metres race, lemon race, relay race, three leg race. Early years students also competed in races like, teddy bear race, fill the basket race, balance the ball race, hurdle race. All the participants were cheered by their parents and the staff. Points were given to the four houses depending on the performance of their house participants in the event. The races were followed by distribution of gold, silver and bronze medals along with certificates to the winners of each race by the school Principal. The event came to an end with a thank you note by the Principal, in which she thanked everyone for their presence and congratulated the students for their exceptional performance.