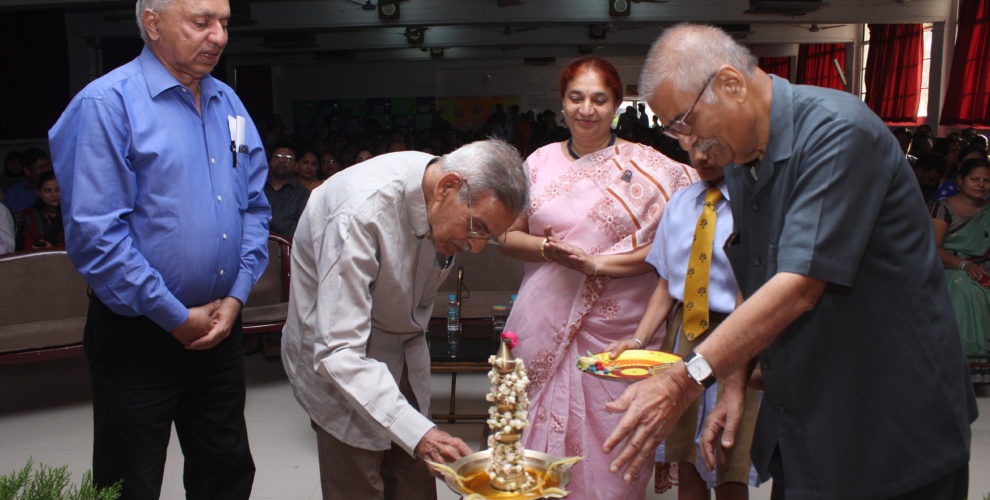 “Excellence is not a destination,
it is a continuous journey that never ends.”

Vidyatree Modern World College (previously The Modern School) organised its Annual Prize Day on 29th of April, 2017 at its school campus. The Chief Guest for the event was Padam Shri Dr. Nityanand, Former Director, CDRI and Patron of the College; and the event was presided over by Chairman of the College’s Advisory Council, Hon. Justice D.K. Trivedi (Retd.).

The school promotes pursuit of excellence among students and attainment of skills for life. The awards given to students is an acknowledgement of the efforts by the students and also the support of the parents to their children and the school’s mission. A total of 300 students from Grades Nursery to XII were honoured in various categories for the performance of students during the session 2016-2017.

This day of celebration of excellence was also marked by another news of excellence as 5 students of Grade XII of Vidyatree Modern qualified for IIT JEE Main exams just a day before the Prize Day. The five students, Yashi Sahu, Jayesh Gaur, Ayush Katiyar, Amal Narayan, Apurv Rajput, along with their parents were specially felicitated by the Chief Guest at the start of the function.

A group of 20 parents also presented a Pledge of 21st Century Parents that they had written and planned for the Prize Day. The pledge is as follows: Today, we parents, take the pledge to nurture our children by giving them freedom to grow in the right direction. We shall promote the mission of the College by encouraging and supporting our children to become excellent human beings and lifelong learners; without comparing or supressing them. We will always tell them to strive for excellence in whatever they pursue. We are proud to be 21st Century Parents of Vidyatree Modern World College.

It was a great day for the college community as the goal of pursuit of excellence in whatever one does was re-enforced and the students, parents and teachers re-embraced the values and mission of the College.

Parents were extremely happy and proud to see their wards getting the awards in the form of cups and medals.