I made friends for life and became ‘me’ 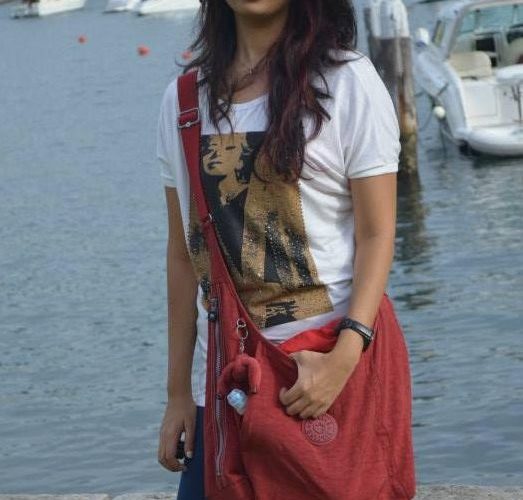 Writing is my bread and butter, and reading is my jam.

Twenty years, 10922 km, and endless memories –  these words summarize my life since I left Modern School, now known as Vidyatree Modern World College. For someone who constantly moved from one city to another, Modern School was a memorable halt. I made friends for life and became ME.

Average. A word that doesn’t excite anyone. It makes one feel common. You are not bad but you are not good either. So what are you ? Average? It symbolizes a majority of us. Well, thankfully just on a report card. Although everyone around you makes you feel sub-par with this word, there was only one person who made me feel good about being average. Mr. Rakesh Kapoor, our principal always said that there was nothing wrong with being an average student. “You have endless possibilities to explore. Because you have been labeled as average, you are buoyant. You can fight longer, you are consistent, and failure can never dishearten you. Give your best shot at living a meaningful life”.

Even though I have left Modern School, Mr. Kapoor’s words have stayed with me. His kind words instilled confidence and his hearty smile brightened our day.

It is Modern School where I fell in love with Hindi, learned to be dramatic (in a theatre of course), practiced the craft of debating, and dipped my toes in dancing. The habit of trying new experiences is now ingrained in me. I can proudly say that I am a master of trying different trades.

After my 12th, I moved to Bangalore to pursue my graduation. I completed my B.E in Information Science and worked in Bangalore for seven years. I live in the beautiful city of Sydney in Australia.

I have been a writer for almost a decade. When I was on a sabbatical from the typical 9-5 job, I dabbled in NPOs and startups. It was definitely nothing like what they show in movies- wearing khadi or hanging out with cool nerds. A lot of crazy hours, negotiations, hard work, learning, and of course the wrong kind of people. However, like me if you are in the IT field, I would definitely recommend spending time in other sectors. It is an educational experience.

I am an avid traveler. Ever since I found my partner who shares the same passion, my journeys became thrilling.  I am also a complete beach buff. Throw me some sunshine and I head out with my hat and beach essentials. This ritual takes place once every fortnight in summers. When I am not at work, I spend time writing posts for my blog, discussing apps, and inventions with my friends, sipping tea with my girls in a tea salon, or drooling over photos of food.  Oh! did I mention food? Yes, I am a big foodie! Thankfully I have like-minded friends who love exploring new restaurants, food markets, and other delicious avenues. I also make a mean cocktail. After all, there is more than one way of eating a fruit.

Give me a shout-out on Facebook and read me on http://sydneyonfeet.blogspot.com.au/

"For someone who constantly moved from one city to another, Modern School was a memorable halt. I made friends for life and became 'me'."

"Even though I have left Modern School, Mr. Kapoor's words have stayed with me. His kind words instilled confidence and his hearty smile brightened our day."