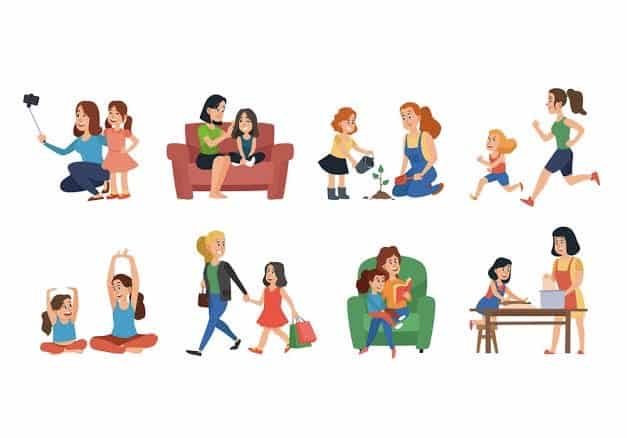 Your Child Asks: Why can’t I go to school? Why do we have to stay home all day? Why can’t we go to the mall?

What Not To Say:  Do not ever talk about the negative things that might scare the children like , “The government says we have to stay at home” or “The corona virus is dangerous, it spreads easily, and we can fall sick.”

A child’s mind is very vulnerable and it might have an everlasting impression on them, they might think, “This is scary stuff. We are all going to get sick and maybe die”.

What To Say Instead:  Having a positive conversation with the child without contorting the facts is a better recourse. You might say that, “The virus survives only when it lives inside people’s bodies. When we stay home, we are hiding in a place where the virus can’t find us. If all of us hide, the virus can’t find people to go live inside their bodies. The virus will then die. We all want to kill the virus before it can hurt more people.”

Your Child Thinks: Once your child has got the reassurance that it is not so bad then he thinks positively like, “If I stay home, I am also a warrior who’s fighting this evil virus.”