Is our Education System Relevant and Significant? 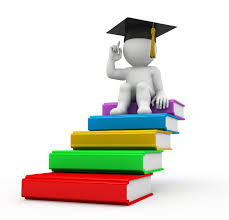 Education: as per the ancient traditions, both Indian and Western, is about development of human beings. School education is about development of children ranging approximately from 3 years to 18 years of ages. The children are to be developed for life long benefit: They must be nurtured to inculcate desired skills, attributes, attitudes, essential knowledge and abilities to be physically and mentally fit.

Curriculum: It is the totality of school culture, attributes that need to be developed in a child and our educational culture. These result in great independence and self confidence in children, ability to excel in their chosen way of life, freedom from intrinsic fear and a capacity for empathic relationships.

Additionally, from classes Nursery to Fifth, we have the International Baccalaureate (IB) program which is one of the best educational curriculum in the world. It is well structured and well designed, and focuses on developing the following:

The current so called system of education in India was mostly designed by the British colonialists in about 1830s. Their idea was to prepare the common citizens to become clerks for serving the British Empire. The skills, attitudes & attributes that are sought to be taught are minimal. Memorising, handwriting, essay writing, disrespect for our own culture, traditions & spiritual foundations. The aim was to create an identity and skill set loyal to the British & their empire. Such schools, had even up to sixty students per class and the schools were mainly responsible for defining a knowledge syllabus and testing and presenting a report card. The schools were not responsible to ensure that even the diluted version of education that they were imparting, is taught in the school – the parents or tuition teacher had to teach them to the children. In fact at the time of admission, the parents were asked, if they could teach the prescribed knowledge and minimal skills at home and only if they confirmed, the child was admitted. The curriculum’s essential aspects were: communication skills in English language and how to do self-marketing / self-branding. There may or may not be a significant quantity of extra-curricular activities. The students learnt to look down upon the rest of the countrymen -the local people, their culture, habits, behaviour and even spirituality was considered to be inferior They were perfect servants of the Western world and most of them wanted to emigrate to the Western world after independence of India.

Students at Cognito 2015 showcase Lucknow as a Smart City